A tournament can be created by clicking on the Create a tournament button in your profile drop down menu. 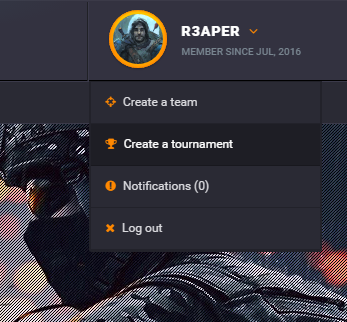 Add some info about the tournament.  Some examples might include the following: 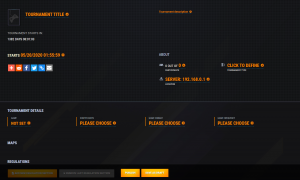 After a tournament in published, as soon as tournament start time occurs you should be able to see the brackets that are generated.  At least 3 participants are needed to properly generate the brackets and to allow completion of the tournament.

NOTE: depending on how you set up your tournament, “participants” may consist of either teams, or individual players.

This is the simplest and default tournament type.  The winner of a given match goes on to the next round. The tournament is over when the last pair of participants play their final match.

As soon as a tournament starts, table and match schedules will be generated. Participants will play one match with every other participant who has entered.  Scoring is currently defined as follows:

Once everyone has finished their matches a winner will be declared based on points earned over the course of the event.

This tournament type is a combination of League and Knockout formats. First the league phase takes place, after which a set of playoff brackets in form of knockout are generated. The top 4 participants proceed to the playoff knockout rounds.

A ladder is an ongoing event that does not have any immediately defined end time; for example, think of it as a typical sports season.  (The ladder style tournament simply ends when the tournament creator presses the STOP button.)

In this tournament mode, the goal is to get to the top of the ladder by challenging participants ranked above you, and simultaneously be faced with defending your current rank from those beneath you.

You/your team are currently capable of challenging anyone at any level along the existing ladder, although in time this may get tweaked a bit (challenges may be set up in the future to have a defined limit, e.g., can only be within 2-3 slots away, etc.).

Below is the general concept of the Ladder style tournament:

You are issued a new batch of charge tokens every 24h, however, do note that they are not cumulative and therefore cannot be stored for future use

If a participant doesn’t have any remaining decline charges and gets challenged, it must be accepted, otherwise by default the system will assume a loss by forfeit and thus automatically switch places with the challenger.

Have at it, soldier.

A few screenshots to help you get started

An example of a tournament may look something like this:

You can also add regulations and prizes (COMING SOON!!!), or just bragging rights too: 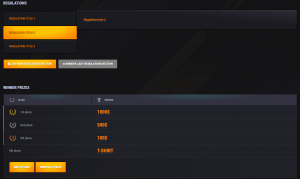 Once you Publish your tournament it will be viewable by others to look over and decide whether to join: 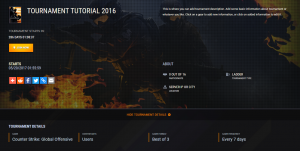